Over the past decades HYDRO-X A/S has evolved from being a local Danish company to being an international company with a background in Danish research and Danish product development. HYDRO-X A/S has over the years been setting trends in our core areas, namely the development of chemical products for the industrial sector and for the cogeneration sector.

HYDRO-X A/S is today a leader in several areas, and the company's structure means that more focus has been placed on globalization as the heavy industry in the West has moved east. In addition to production at the company's headquarters in Hjallerup, the HYDRO-X Group also has its own production in Poland and China, which has been designated two growth centers now and in the future. In addition, HYDRO-X products are produced under license agreements in several parts of the world.

As part of the distribution of HYDRO-X products, HYDRO-X A/S have divided Denmark into 6 regions, where there are consultants who handle the daily service tasks as well as deliveries to the end user. With approx. 1700 customers across the country HYDRO-X A/S is Denmark's leading company in water treatment for the cogeneration sector and large parts of the industry. 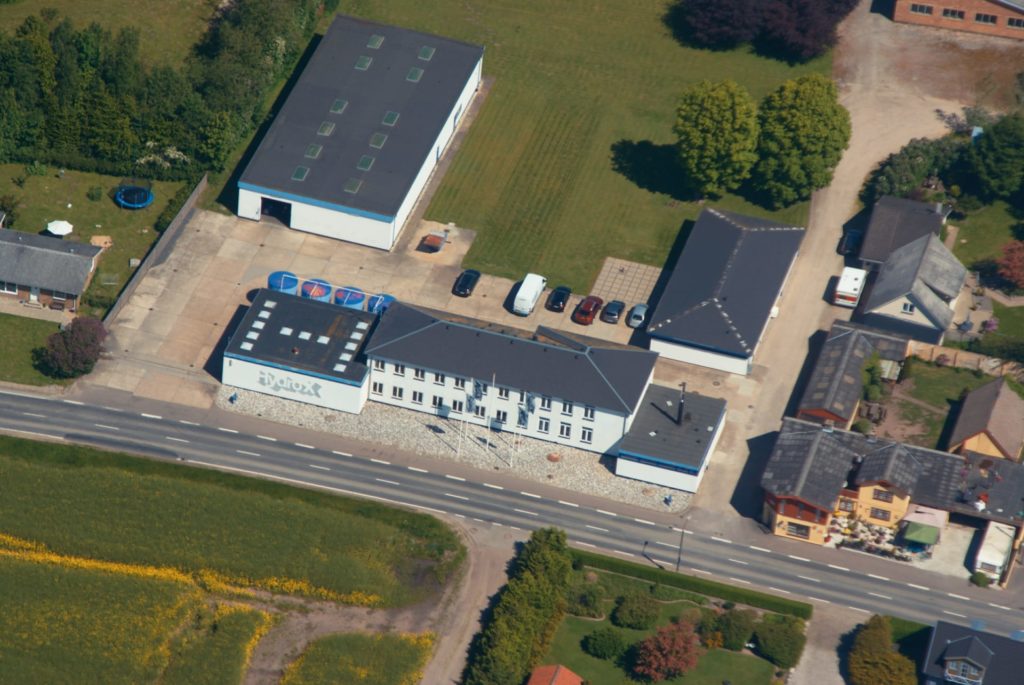